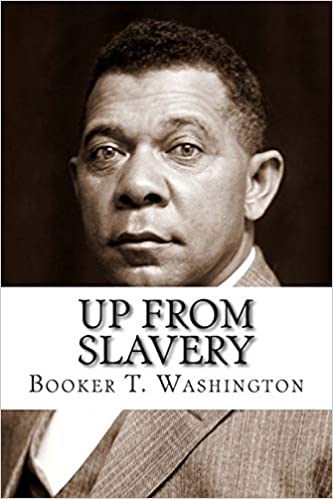 Up From Slavery by Booker T. Washington

I gained as much from this book as I had from the past three. His writing is simple, making impactful and magnetic. He explains topics such as education, work ethic, race relations, reading and studying, opportunity, self-improvement, and meritocracy. It’s inspirational and wise - perhaps the single best book on the topic of success I’ve read.

Booker T. was born into slavery and become an honorary PhD and a guest of European royalty. What does it take to start at such a position in life and rise to such heights? This narrative is an insight to the philosophy that drives Booker T Washington: that work is not only virtuous, but that labor is something to be grateful for and is a means for self-improvement. Not only is this a refreshing take, but Booker's simple and clear prose makes it that much more impactful.

This is most poignantly expressed in his quote about his starting position in life. He doesn't view his position as unfair to him, but unfair to those who lack the chance to meet the great obstacles that create your character,

In later years, I confess that I do not envy the white boy as I once did.  I have learned that success is to be measured not so much by the position that one has reached in life as by the obstacles which he has overcome while trying to succeed.‍

Washington was a tireless worker who repeated the virtue of work and power of discipline.  It was perhaps is main mission with the Tuskegee institute to instill a ‘dignity of labor’ into the students who saw education as a way out of work.

But what most struck me in this book was his prescription for happiness, and how it derives from selflessness, education and labor.  And given his extreme ambition to be educated, and do work on the behalf of his race, never was there a hint of his need or want of recognition or fame. It’s a beautiful respite from what feels like time focused on the opposite,

… but [I] learned to love labor, not alone for its financial value, but for labour’s own sake and for the independence and self-reliance which the ability to do something which the world wants done brings… I got my first taste of what it meant to live a life of unselfishness, my first knowledge of the face that the happiest individuals are those who do the most to make others useful and happy.

Also, as I sit next to a history book that’s 700+ pages, Washington explains the drawbacks of mere studying books. And recalls his students, who didn’t know the first thing about living, were studying Latin and Greek in an effort to be ‘educated’. His observation while studying in the well-off black University in urban Washington, D.C.,

They knew more about Latin and Greek when they left school, but they seemed to know less about life and its conditions as they would meet it at their homes.
‍