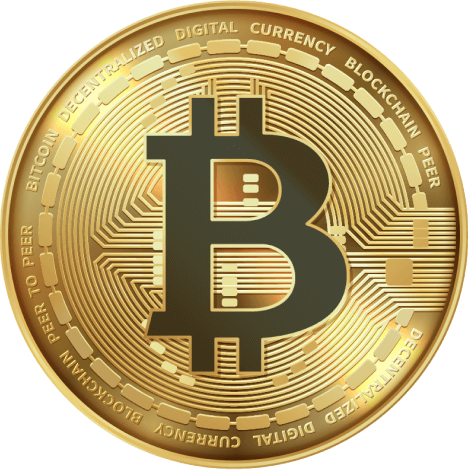 If you are reading this and you are my friend you are not surprised. Over the past year I have been telling all my friends to pay attention to Bitcoin. It's become a running joke at this point. When will Tim bring up Bitcoin? So in an effort to explain myself, I'll attempt to define Bitcoin and why I think it's so important.

Bitcoin is a digital currency built on a new technology, the blockchain. Blockchain technology uses a distributed ledger system to ensure all transactions (say purchases, trades, or any transactional event) are stored on a network of computers or "nodes". Imagine your bank balance being distributed to 10 of your friends' computers. Each time you make a purchase, it is saved on each computer. If you tried to go back into it and 'edit' a transaction, all of your friends would know because their ledgers would differ from yours. They would come to a consensus on what the true ledger should be, and they'll determine you are wrong, and your ledger will be updated. This is called consensus mechanism.

This applies to Bitcoin. The code that determines the functionality of Bitcoin is what makes it so special. This code is focused on creating scarcity, or a fixed amount of units of Bitcoin. This is extremely unique to the world. Nothing has ever existed like it before.

The Bitcoin code ensures only a limited quantity of Bitcoin can ever be created. This has before been impossible with digital goods. Think about any digital asset you've ever used: emails, images, mp3s, google docs, videos - all of these can be copy and pasted. Any of these types of files can be pirated and replicated an infinite number of times. And that's what makes these so valuable, the ease of replication and distribution.

However, this ease of replication is the exact opposite feature you want in money. You do not want anyone to copy & paste a $100 bill. You do not want your money to be easily created, because the more money you create the less valuable it is.

With Bitcoin, it's nearly impossible to create a new copy. The reason why is because in order to "create" a new copy, you must solve a very complex cryptography puzzle. Only when this puzzle is solved do new copies get created.

This is when people ask, well can't I "copy" one? This comes back to the ledger. As soon as a new bitcoin is created, it is immediately stored on the blockchain, the distributed ledger. This ledger contains millions of "nodes" or individual computers. Once it is stored in the ledger, it cannot be altered or changed. If you attempted to change your code locally to reflect having 2 bitcoin instead of 1, all the nodes will simply compare their ledgers, see yours is false versus the consensus, and they'll confirm you just have 1.

By now, if you've made it this far, you might be wondering, "so what?" We have digital play money on the internet? In the real world we use dollars, euros, and yuans - these are accepted worldwide and backed by federal banks and governments.

But this puts the cart before the horse...

Money is a concept. It is a mechanism for exchanging value, that is it. It is created to solve a problem that occurs when trading goods. How do you assign a standard value to goods and services? As communities grow and become more complex, it becomes harder to trade unlike goods: how many apples for oxen? How many barrels of oil for grain? Money solves this problem.

In addition to exchanging value, it can also store value.

When I harvest my grain, I can sell it at the market. But what if I didn't need to exchange it all at once? What if I had no use for more oil, apples, or butter? One option is to store your grain in your barn until you're ready. But grain eventually begins to go bad. It has a shelf life. This is where money helps. Instead of storing your grain directly, you can sell your grain at the market in exchange for money, then store that money. This money won't rot, won't disappear, and will hold it's value. When you are ready to buy other goods, you can be confident you use your stored grain, in the form of money.

The most modern and most widely accepted currency has been Gold.

Unlike other competing materials (rocks, gems, stones, etc.), gold never rots (its extremely stable), it's easy to divide into little pieces (to aid in setting prices and units), it's very scarce (it's very hard to mine), and it can be moved or carried around. Gold might not be the most scarce, the easiest to divide, the lightest -- but its combination of qualities made it the best option versus others.

This is why Gold became the standard money accepted in the world. In 1880, you could sell goods for gold in New York, sail around the world to China, and purchase some other good with that gold. That is because gold was widely accepted as a safe exchange of value. Everyone everywhere knew gold can't be recreated, no matter how hard people tried.

Gold is still used as a store of value today. In fact, until 1971, you could exchange paper dollars at a fixed ratio of gold. Gold was still used to back the paper money supply created by governments. It was very hard for a government to spend more than it made (even if it printed dollars), because debtors had a claim on their gold. And they couldn't print more gold.

Bitcoin can be seen as digital "gold". However, when you compare the qualities that make a good currency: scarcity, portability, divisibility, uniformity, acceptability, Bitcoin beats gold.

Survival of the fittest

Money is a market. Just like goods and services, there is a competition for the 'best' money. Holders of stored value (goods, dollars, gold) want to use the money that has the highest quality. They want to be sure it will keep its value and be widely accepted. Gold became standard because it was the greatest asset we had at the time. Paper money was used because it was backed by gold.

In 1971 the US government ended the gold standard. You can't exchange dollars for gold. Too many dollars were printed for too little gold, and there was a risk of a gold run should too many debtors claim their gold. Today the value of a paper (fiat) currency is the productive capacity of the government issuing it. This is why the US dollar continues to be in extremely high demand and is used in market globally.

However, the purchasing power of the US dollar and all other currencies continues to decline due to more money supply inflation. Even less stable currencies, such as the Venezuelan dollar and have fared even worse.

While I don't think we'll see the complete collapse of paper currencies tomorrow, we will see a continued flight of capital into assets that perform well in inflationary environments: gold, real estate, stock markets, and now... Bitcoin.

Bitcoin is now positioned to gain an immense amount of value due to first, it's new competitiveness verse alternatives, and second, how small the market is today. It's still so extremely early for Bitcoin. It's market cap is ~200 Billion versus Gold's ~9 Trillion. This setup could see Bitcoin outperform by multiples more than gold, real estate and equities.