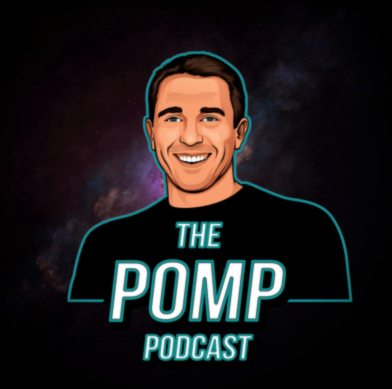 One of the most prolific creators I've come across recently is Anythony Pompliano. He's the host of the Pomp Podcast and writes a daily newsletter, called the Pomp Letter to 85,000 investors. He has become the voice of Bitcoin in the investing community. Yet three years ago, from what I can find, he was another guy working at Facebook. He started his Twitter account in 2017, his Pomp letter in May 2018 and the podcast in August 2018.

What's most impressive about him is his output. Like other prolific creators, like Seth Godin, who has written on his blog daily for years, or Casey Neistat who has published hundreds of videos on YouTube, he has shown to use the importance of showing up.

Regardless of whether you believe in Bitcoin or believe in Pomp's analysis, you have to give him props where it's due: he consistently delivers and he continues to get the top thinkers in tech, investing, and bitcoin on his podcast. He has grown his audiences across multiple platforms and as a result has created a mini empire.

There's a few lessons here. The first is the power of showing up and of effort. I still believe that intellect, wealth, and natural ability are given to much emphasis over the impact on one's ability to achieve great things. Perhaps that's because if it was all due to hard work and effort, it'd be less hard to hide behind.

The second lesson is the undeniable leverage and impact the internet can can create for those who want to take it. Now, anyone can own their niche or create their audience, either start and grow businesses or just make an impact on their careers. The fall of the traditional gatekeepers brings chaos in the void left behind, but it also beings massive opportunity for anyone who wants to take it.